The design of this mural is inspired by the Platonic geometry, named by the ancient Greek philosopher Plato. He associated each of the five Natural elements with a regular solid. Earth was associated with the Cube, Air with the Octahedron, Water with the Icosahedron, Fire with the Tetrahedron, and the Dodecahedron with the Universe (constellations and heavens).

The Jacksonville’s wall is the first part of a cycle of 5 walls that will be made in  different cities and will represent the 5 Platonic solids. The first mural in this serie is devoted to the Water element and is titled Eikosi (Greek “twenty”) which means 20 faces of the solid ICOSAHEDRON.

“The ICOSAHEDRON of Plato is a metaphor to represent the ocean sections created in my style. Urban agglomerations and natural elements (that float in an indefinite space and represent the contradictions of the urban spaces we live in) is the line that always mark my evolving style in recent years, on the revenge of the nature on urbanization.” Etnik

“I chose water as an element for Jacksonville because it is everywhere in Florida. If you look on the map, it is like Italy, all surrounded by water. Ocean, river, fishes and everything that is in water is represented in the elements. Nature in opposition with geometric shapes.” Etnik 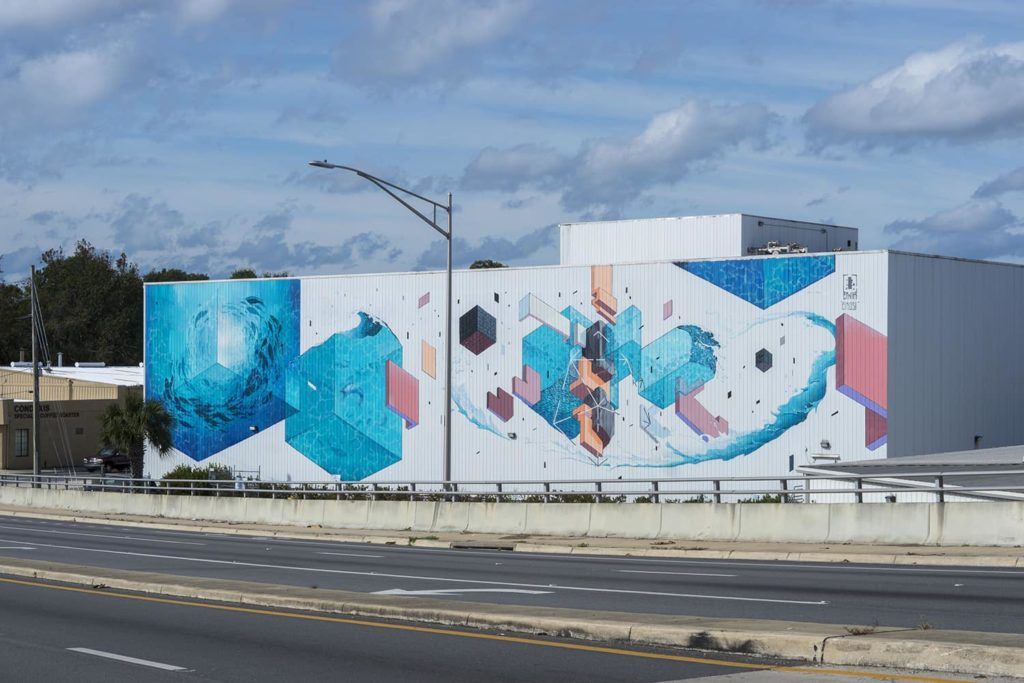 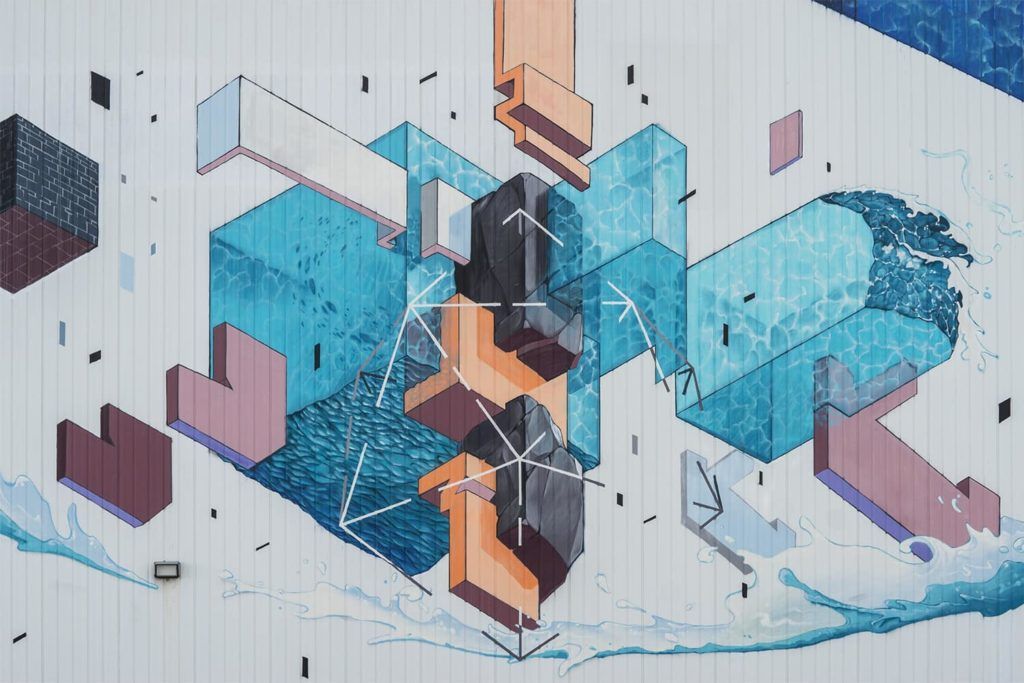 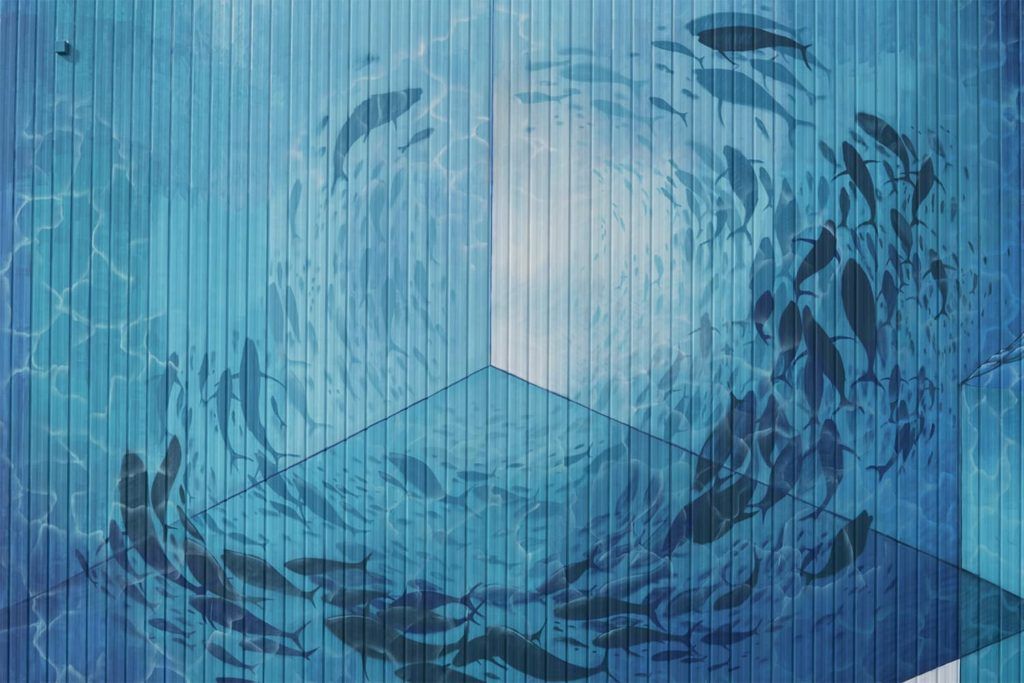 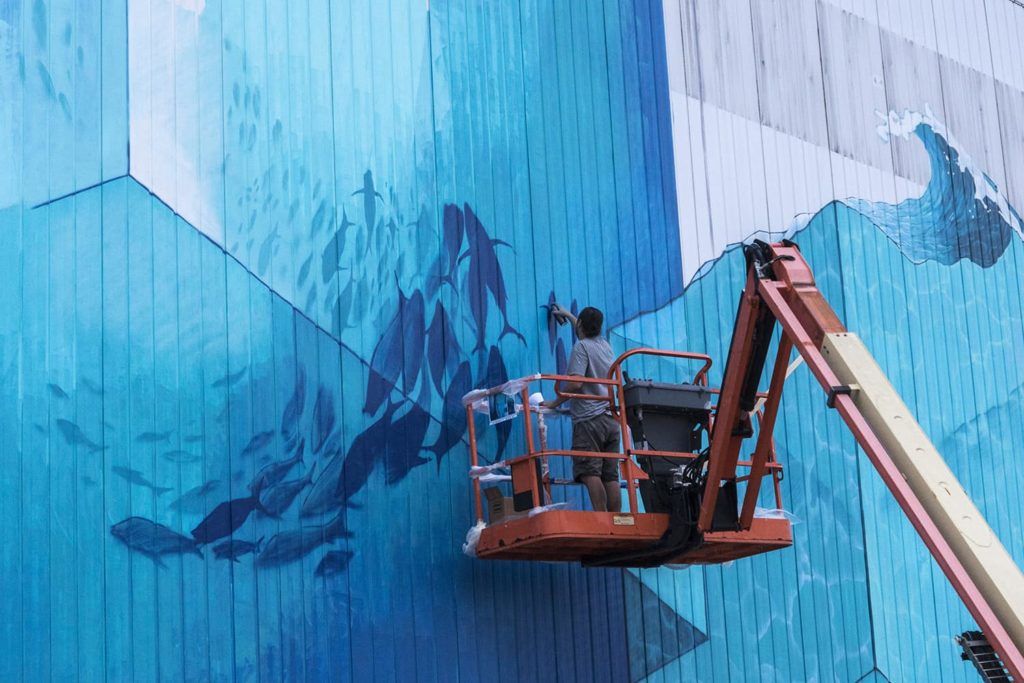