This mural is directly connected with the previous one we realized in Grenoble in 2016 (“Ordering machine”), bringing forward the dichotomy between needs and exploiting, between belonging and appropriation, to recall the distorted perception that humankind has of nature, the idea of human systems that are far from a balance with nature and consequently from a balance with humans themselves, of systems that are made from humans but not for humans, and the demonstration of this, beyond the evident social imbalances, in the fact that humankind is incoherently destroying the same environment of which is part and that allows it to exist.
A faulty perception of the relationship with nature, an influenced vision of truth that anesthetize empathy despite the evidences. The human position in an overall global system where seems impossible be aware of the situation, of the emergency, while continuously suffering its direct consequences. 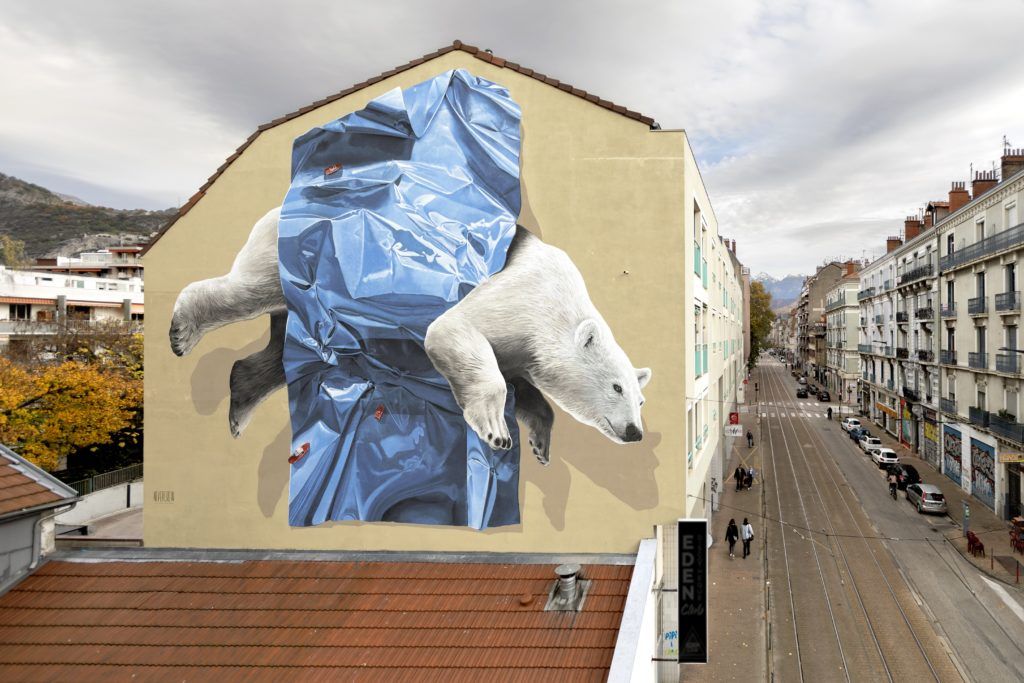 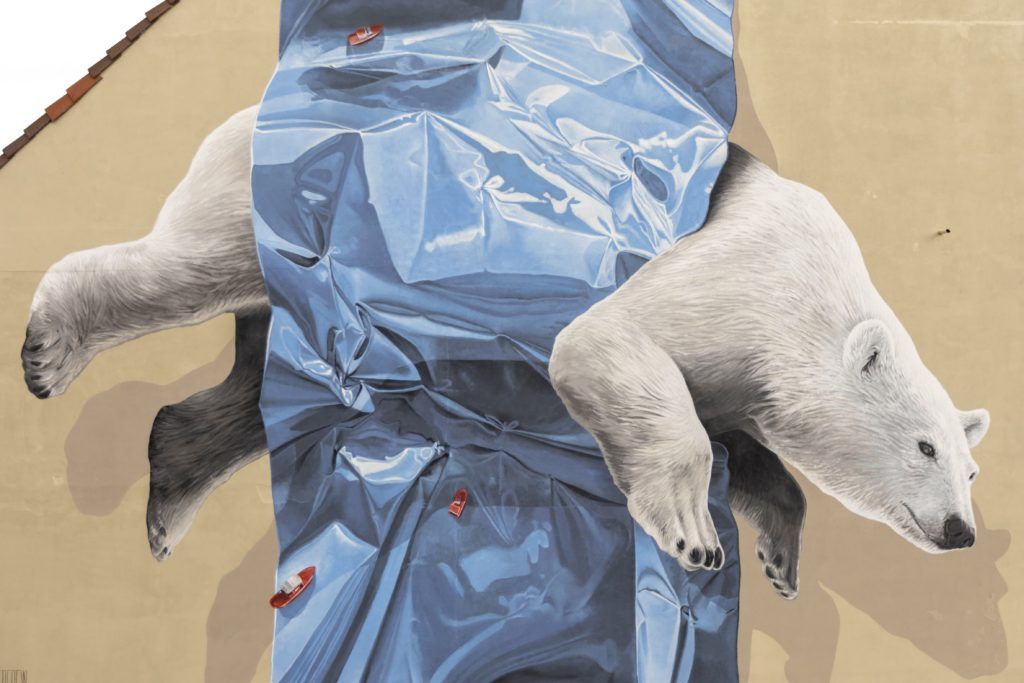 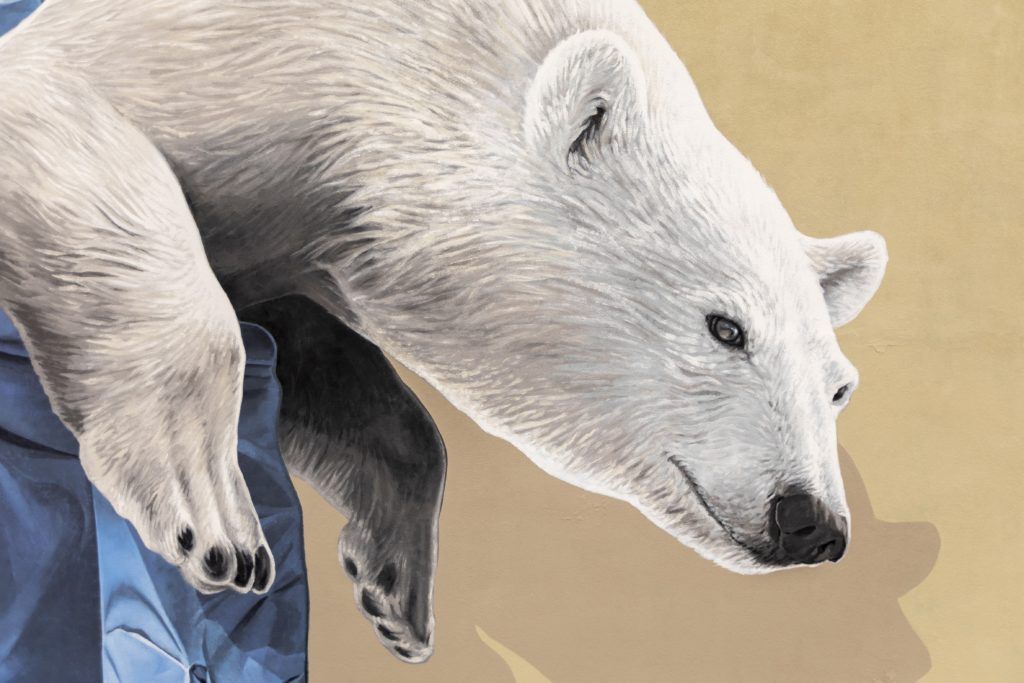 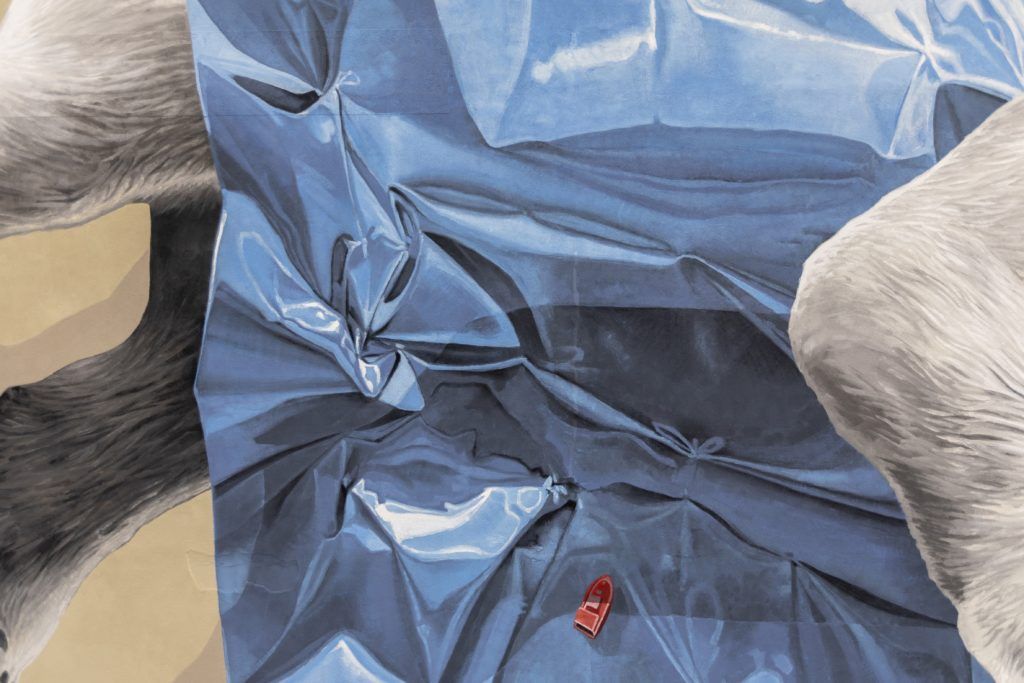 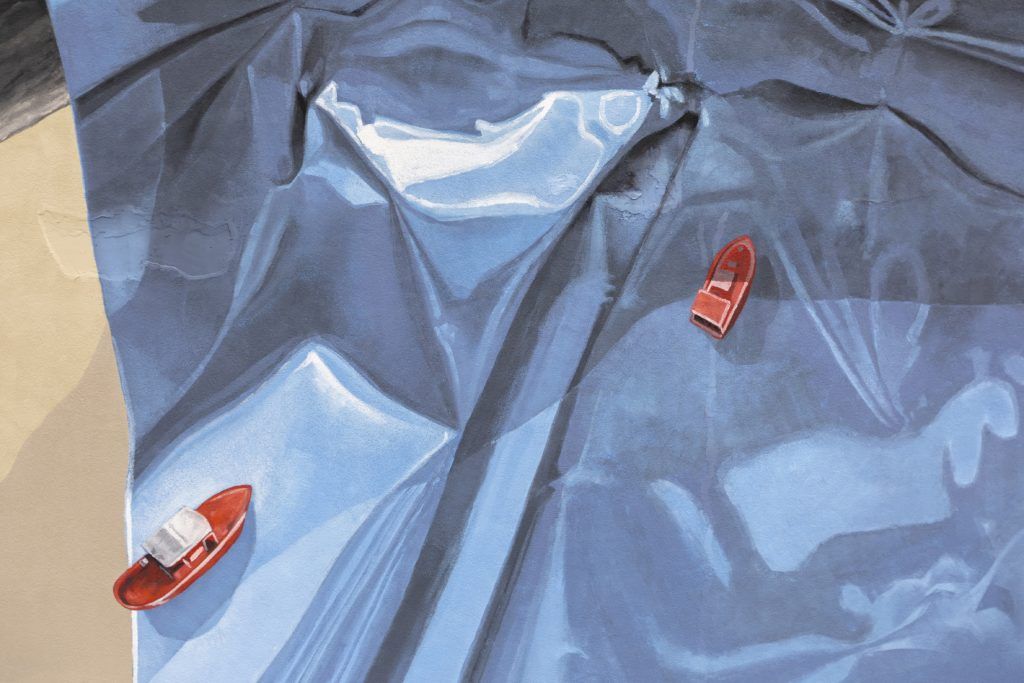 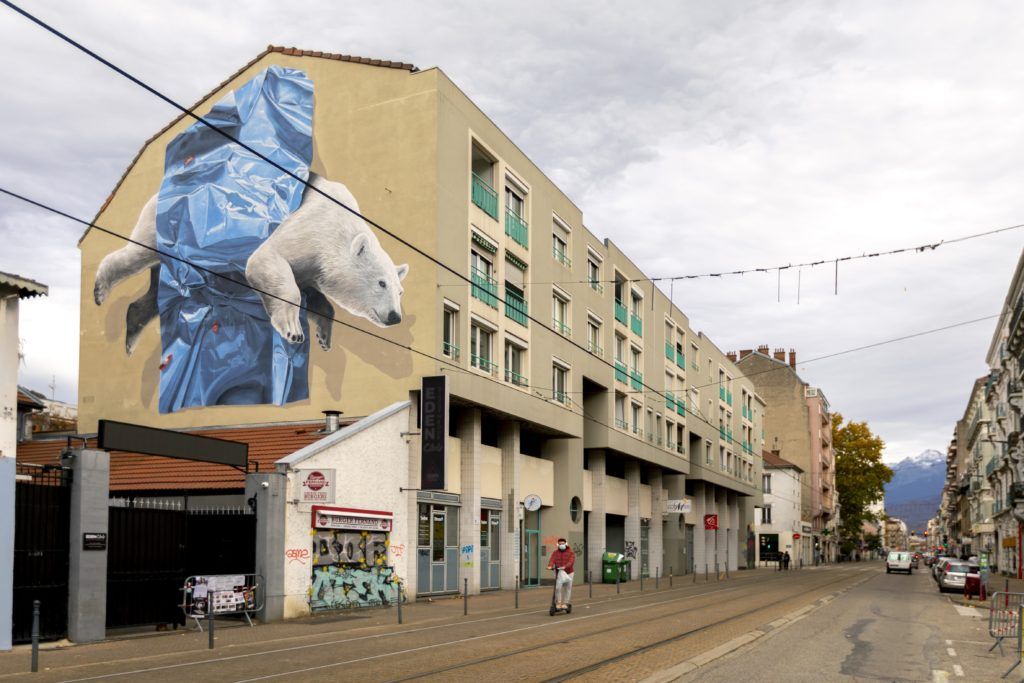 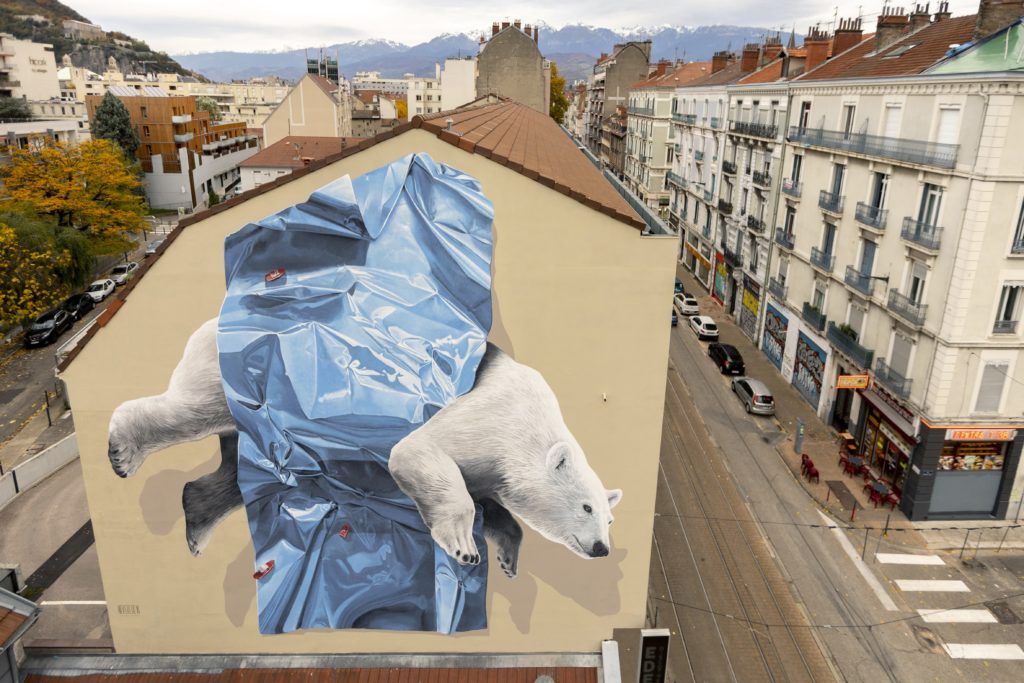 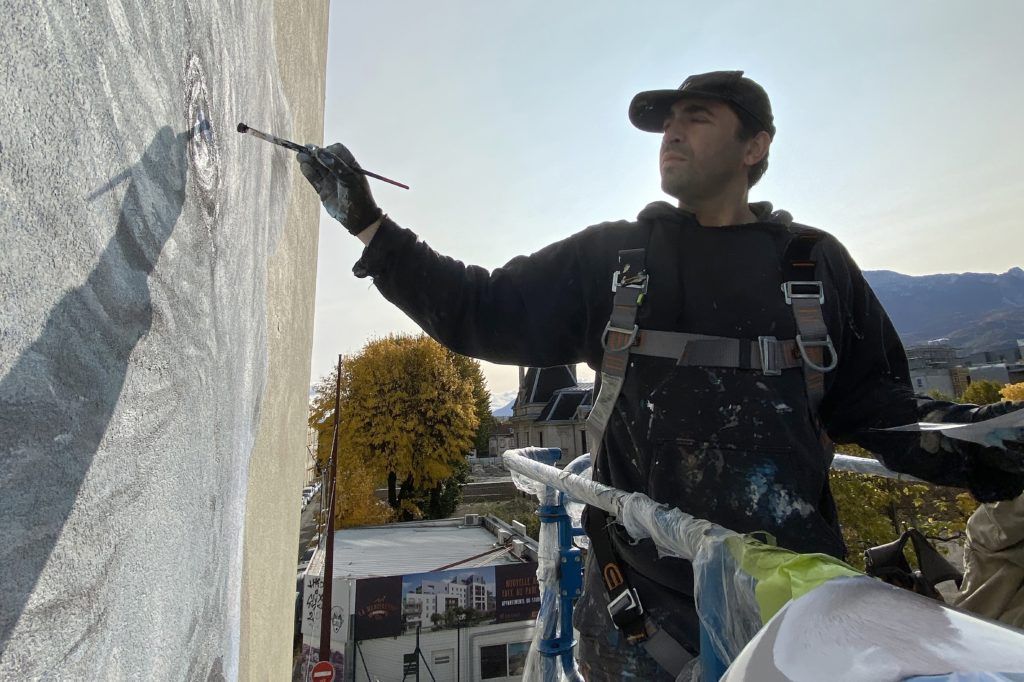 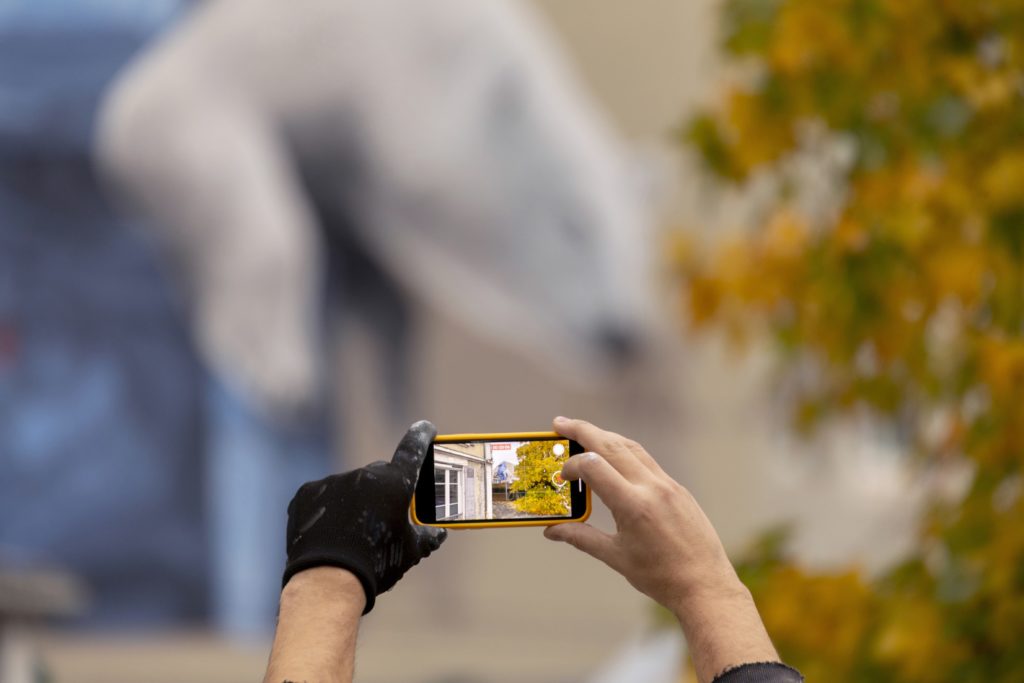