5 SOLID METAPHOR is a project that started one year ago, with a wall in Florida, US.
All this project is an extension of my path about the urban agglomeration.
The project, that includes 5 murals and 5 installations, is developed in 10 different cities between Europe and USA and a final show in Paris with 10 new works on wood, paper, Photos, and tapestries.

The concept of this project comes from Plato’s theory: he wrote his Timeo dialogues (360 b. C.) where the primary questions about the birth and growth of the Cosmos and how to describe the abstract concepts with rational forms. The 5 elements that Plato describes to compose the Cosmos are: Fire, Water, Air and Earth and later a fifth element that represent the Universe.

Plato’s mathematic concept combines every natural element to a rational solid, so we can see that AIR is an Octahedron, WATER is an Icosahedron, EARTH is a Cube, FIRE a Tetrahedron and the Fifth element is symbolized by a Dodecahedron.

In my artistic process to analyze and paint the Dualism between the CITY and NATURE from a Graffiti point of view, I represent all the contradictions of every city as overbuilding, less space for green, less equilibrium, decadence and in the 5 SOLID METAPHOR every of these 5 element is the subject of my work.

Here Etnik closes his project of murals with the ultimate element of Platonic geometry: the universe. 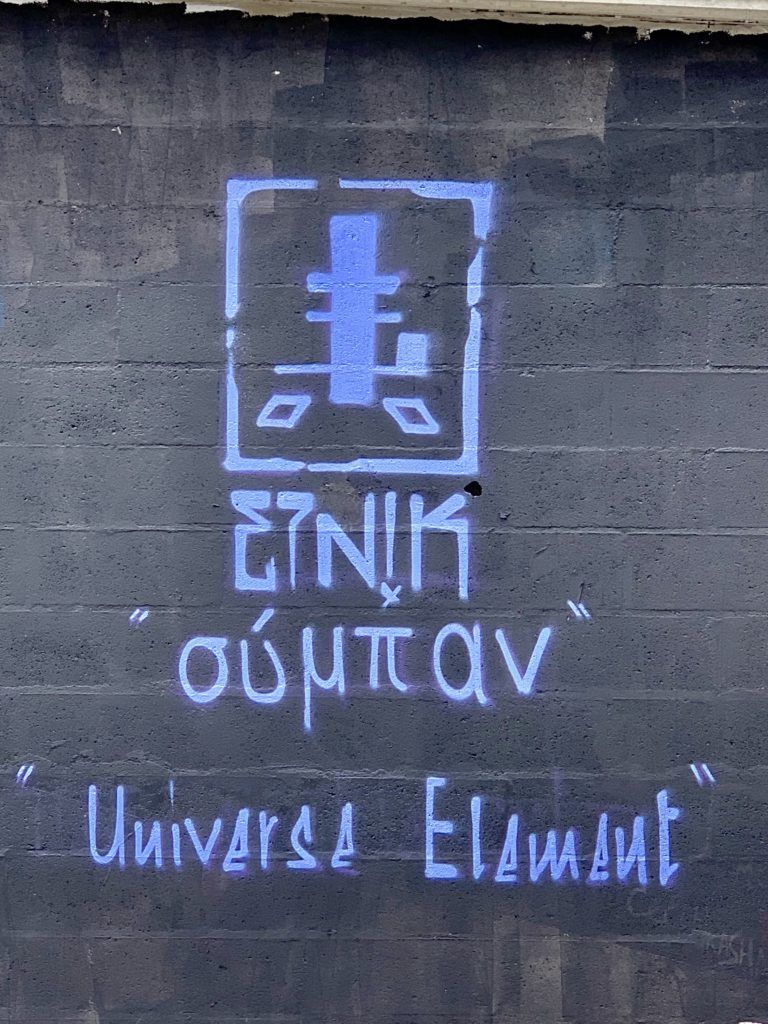 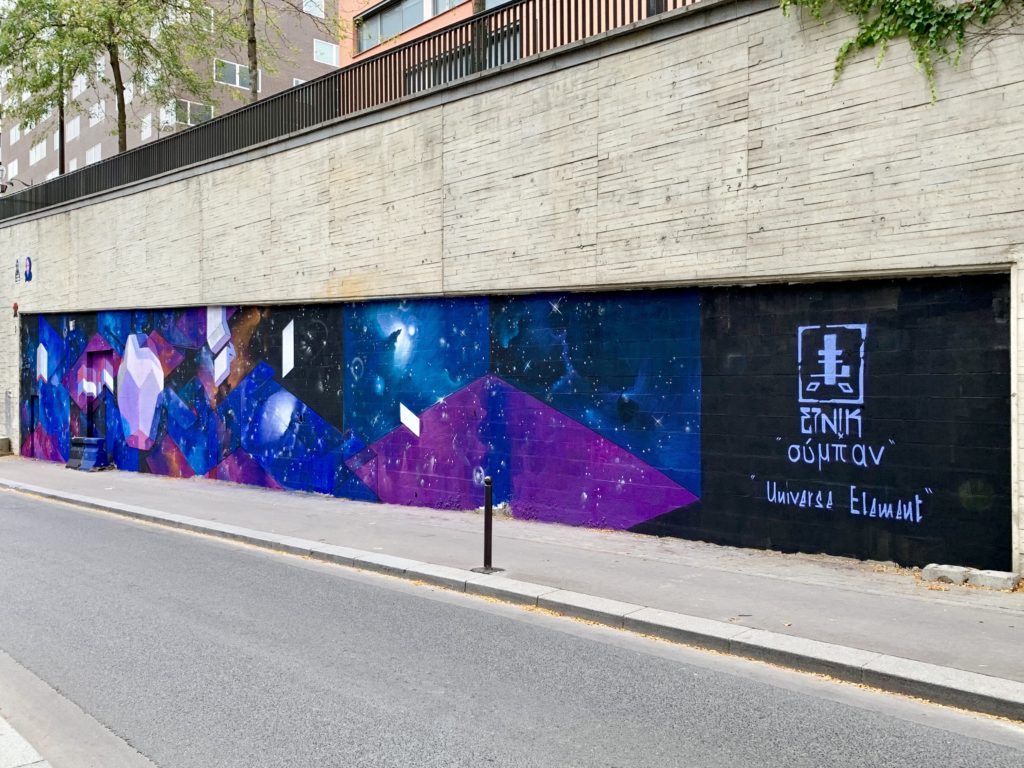 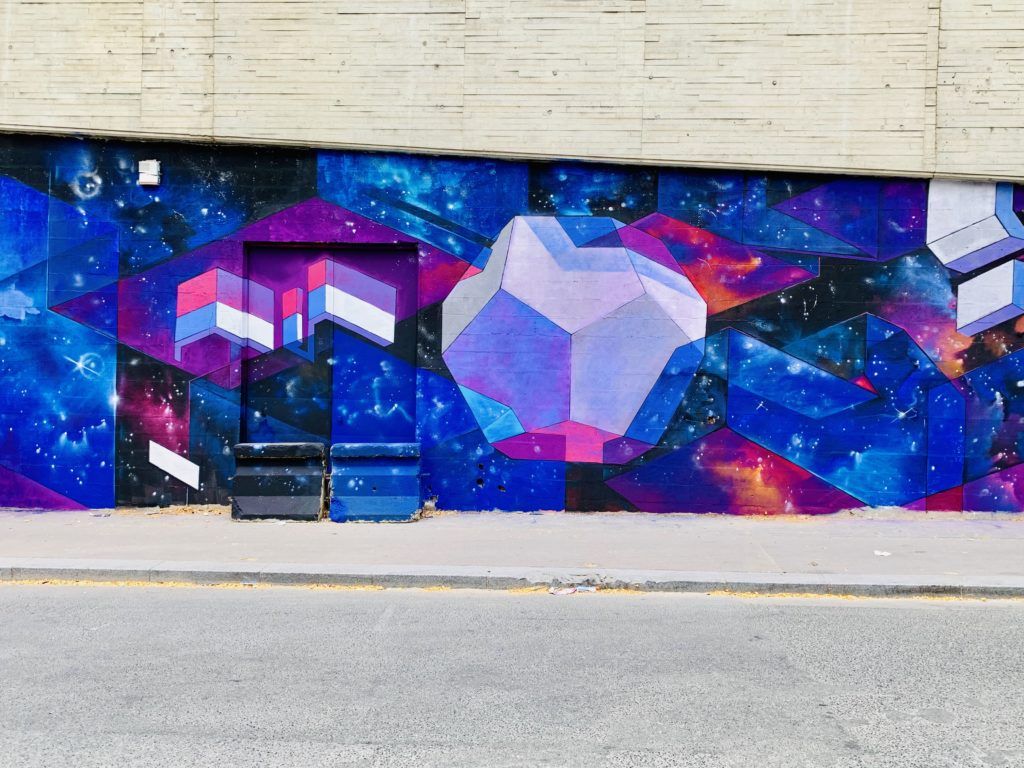 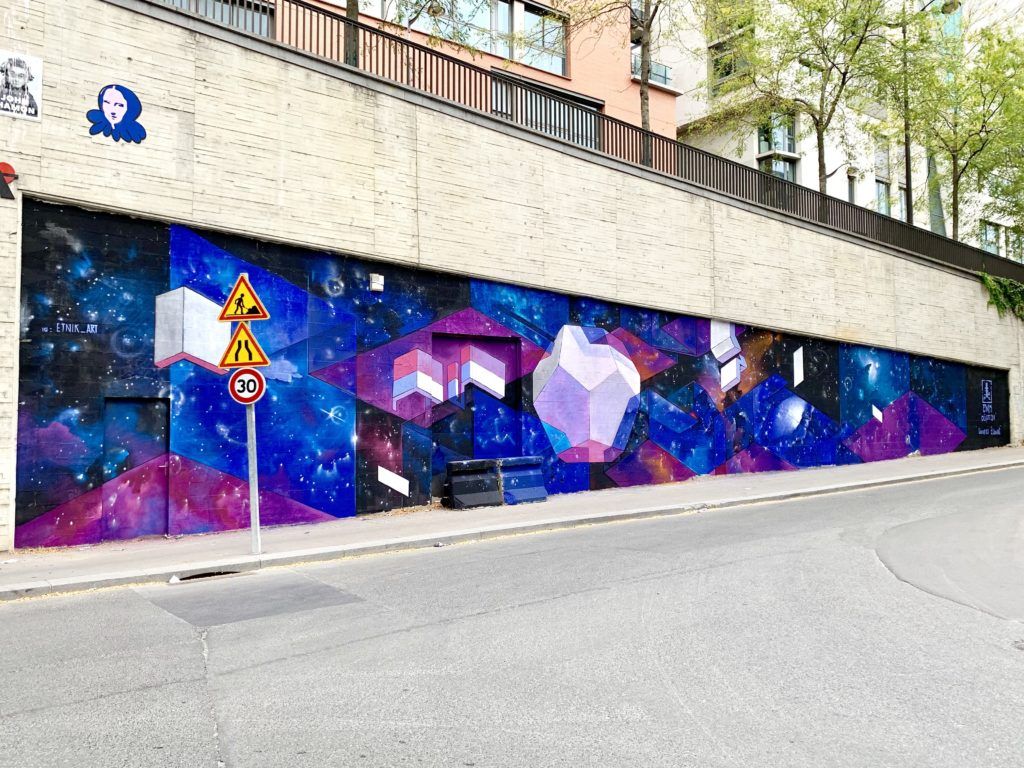 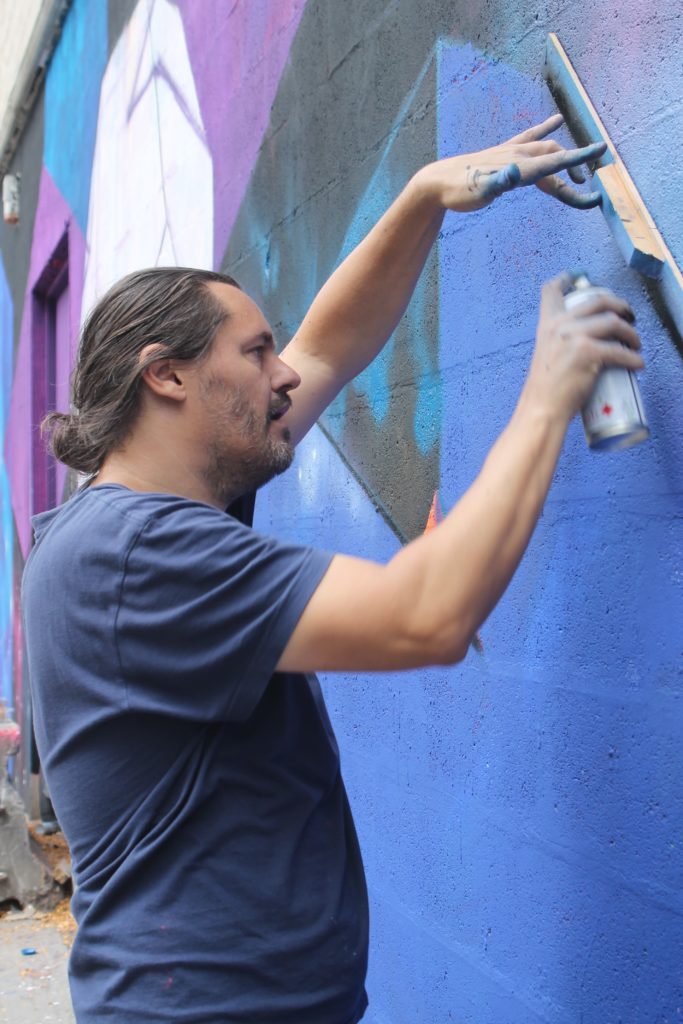 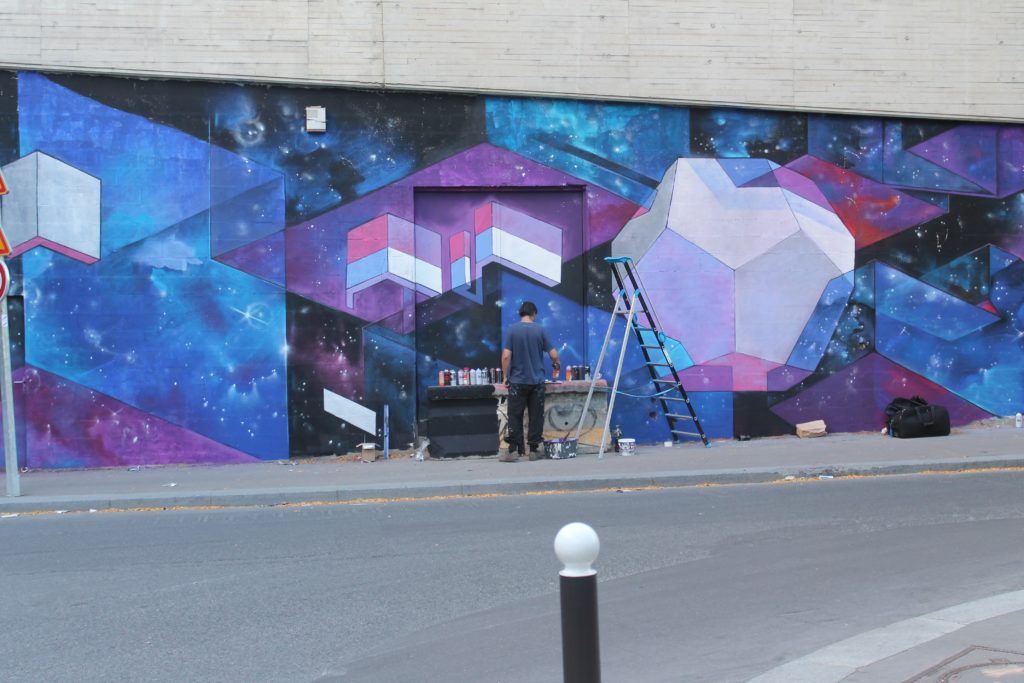